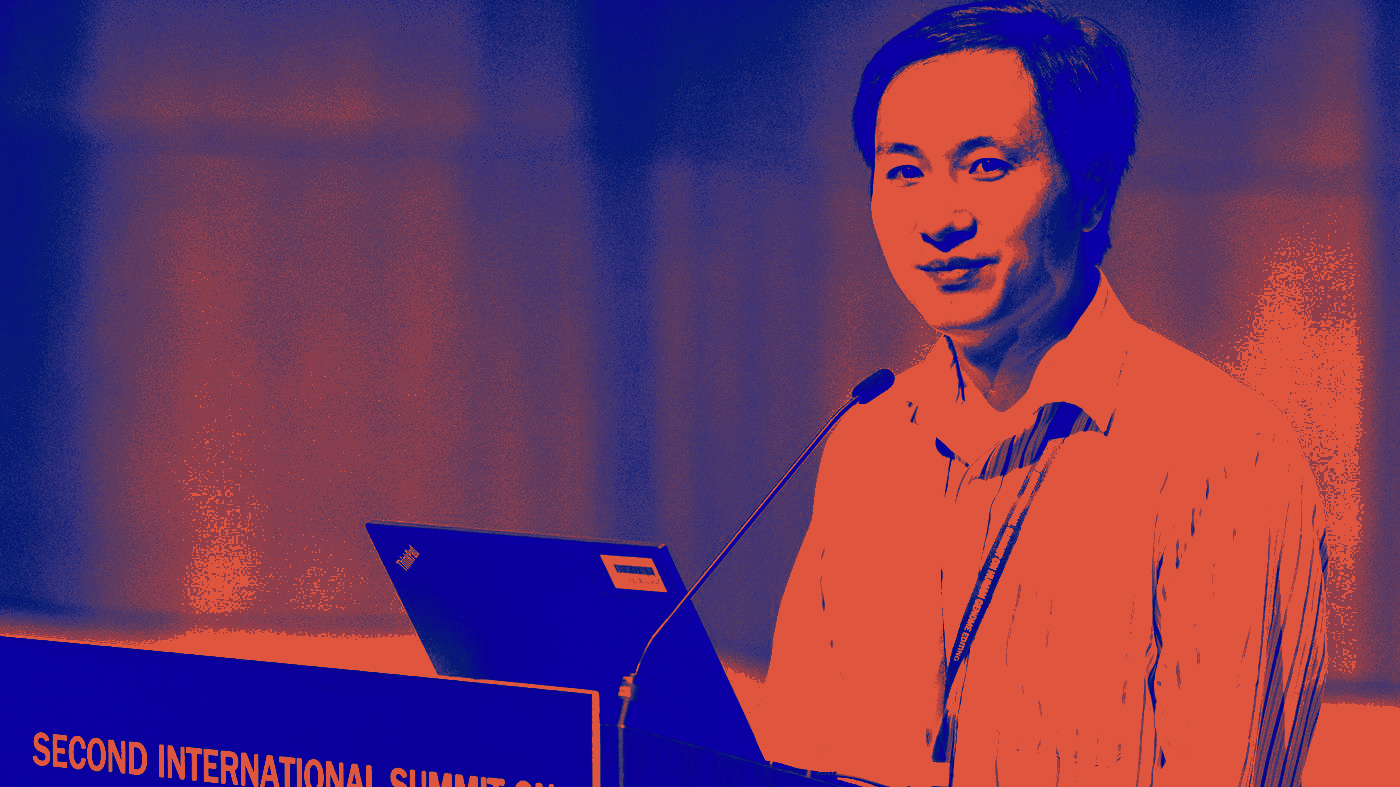 At the end of November 2018, the first two gene-edited babies were born in China as part of an undisclosed research project. The communication strategy used by the author challenges the way science regulate itself. Are we entering an era in which a scientist can escape scientific evaluation by posting videos on YouTube? What happens when peer-review is replaced by the interaction with “the people” on social media?

In the first part of this article, I have attempted to discuss the most crucial and controversial aspects of this research. The choice of the gene, the inherent drawbacks of the technique, the potential backlash that such an event can have on the scientific community. You can read the first part here.

What has happened since

It didn’t take long for the Chinese establishment to retaliate on He Jiankui, the author of the study. As Nature reported, He was soon fired by the Southern University of Science and Technology in Shenzhen. An ongoing investigation claims that He’s gene-editing activities were “clearly prohibited by the state”. However, no specification regarding which laws or regulations were broken has been given. Meanwhile the Chinese government is expected to tighten the rules on gene-editing in humans.

In this post I want to focus on another fascinating and disturbing aspect of this story: the mean of communication chosen by He. Already back in November, it instantly caught my attention that the study hadn’t been peer-reviewed nor published in any scientific journal. The news was simply unveiled in the form of an exclusive interview to the Associated Press, followed by a series of videos on YouTube. Everything was carefully published just a few days ahead of the Second International Summit on Human Genome Editing in Hong Kong, where He Jiankui was then invited to talk.

This is a crucial aspect, one that reveals He Jiankui’s strategy. If he had submitted his work to peer-review, the project would have been immediately shut down. As far as we know now, several parts of his study do not comply with the strict rules of scientific research. The way out? The internet.

By throwing his work on the internet, He has overcome the barriers of scientific debate. He subtracted himself and his work from scientific evaluation, and called for “the people” to be his judge. And now that the news is out, now that he managed to get through and appeal to the people, to the families, to the individuals, it cannot be undone. A scientist in China defeated HIV by changing the DNA of two unborn girls. Period. Is it true? No it’s not, but for some people it is “a truth”, just as on the internet chemtrails or climate change denial can be “truths”.

This can be a dangerous bail for attracting those who want their genome modified without understanding the consequence. Scientists can try and explain that no peer review was performed, no data has been made available (would you trust a surgeon known for not disclosing the results of her operations to even remove your appendix?), and that no one has visited the girls. However, explaining all this requires a lot of words, time, understanding. A video is simple, short, it goes straight to the point taking just a few minutes of your time, and if it tells you what you want to hear, you’ll listen.

Science vs “the people”

Right, what do these videos tell? The way He frames the communication, referring directly to the viewer, is crafted to convey one clear message: “You have the right and means to decide what you think is right”. And that’s terrifying.

In the course of four videos that altogether account for little over 15 minutes, He repeatedly uses words like parents, children, love, families (each used around ten or more times). He furthermore uses words like freedom or mercy. He often insists on the human angle and away from raw science, like when he recalls his poor childhood, or when he mentions (twice) that he himself is a father of two girls. He even calls the two girls by name from when they are one cell, framing the narration away from a trial and error approach (which he followed, as several engineered eggs were discarded before performing the implant) and into a smooth and non fallible flow.

He tries to move the focus away from the scientific community’s judgement, repeatedly attempting to portray himself as a defender of those in need. Sometimes he openly pictures these two entities, affected families and scientists, as opposing one another. For example, he encourages the “discussion of ethics outside scientific meetings”, or plays the role of the courageous maverick with words such as “we believe ethics are on our side of history”, or “I believe families need this technology and I am willing to take the criticism for them”. He frames the narration as if he had a cure that he must share with the world, fighting those who won’t let him. As I explained in my previous post, this is not true.

The “right to decide”

He often insists on the parents’s right to decide even though they are no gene-editing experts. This is a very well thought narration strategy in which he puts himself on the side of the people even before any ethical or scientific debate has even started. Quoting: “they might not be the director of an ethic centre quoted by the NewYork times, but they are no less authorities on what is right and what is wrong, because it’s their life on the line”. To me this sounds as claiming that if I decide to cure my son from leukaemia with oranges because a scientist in a YouTube video said so, I’m no less authority than the oncologists advising me otherwise. This is a clear sing of a change of mindset that is affecting the entire common thinking all over the world.

“We would love to hear your thoughts”

Another aspect worth noticing is how He engages in an open conversation with the viewers by being open to discuss and revise his ethical principles based on people’s feedbacks. Or again when he puts his email address at the end of a video, encouraging people to contact him directly. He goes all the way to invite people to contact the two twin girls directly! But what would a YouTube viewer discuss with him? What kind of meaningful conversation can happen through a social platform between a scientist at the very edge of clinical experimentation and an occasional viewer, or even a worried parent?

Post-truth: relating to a situation in which people are more likely to accept an argument based on their emotions and beliefs, rather than one based on facts. Cambridge dictionary.

What I wanted to share in this post is a concern that I know is shared by many people who, in one way or another, work with science and its communication. We live in an age of post-truth, one where narrations are more important and resilient than facts. An era in which someone against vaccines can easily buy hundreds of likes and boost the visibility of a fake article correlating vaccines to whatever. In these times, the communication of science is at the same time as important and difficult as never before. There are things we cannot understand without either studying and inform ourselves, or trusting those (plural!) who are experts in that field.

This case was sensational enough for the entire scientific community, as well as governments, to step up and try to put things back under control. And most people knew this day was approaching fast. But do we know how many scientist in this very moment can decide to follow the same approach? Would we be able to discern those who can really save us and our dearest from those who are just too eager to share their work? Will we slowly and unconsciously get used to this dangerously direct form of communication of science? And if so, what will it be of that ivory tower that is the scientific method?