Do humans dream of gene-edited pigs? 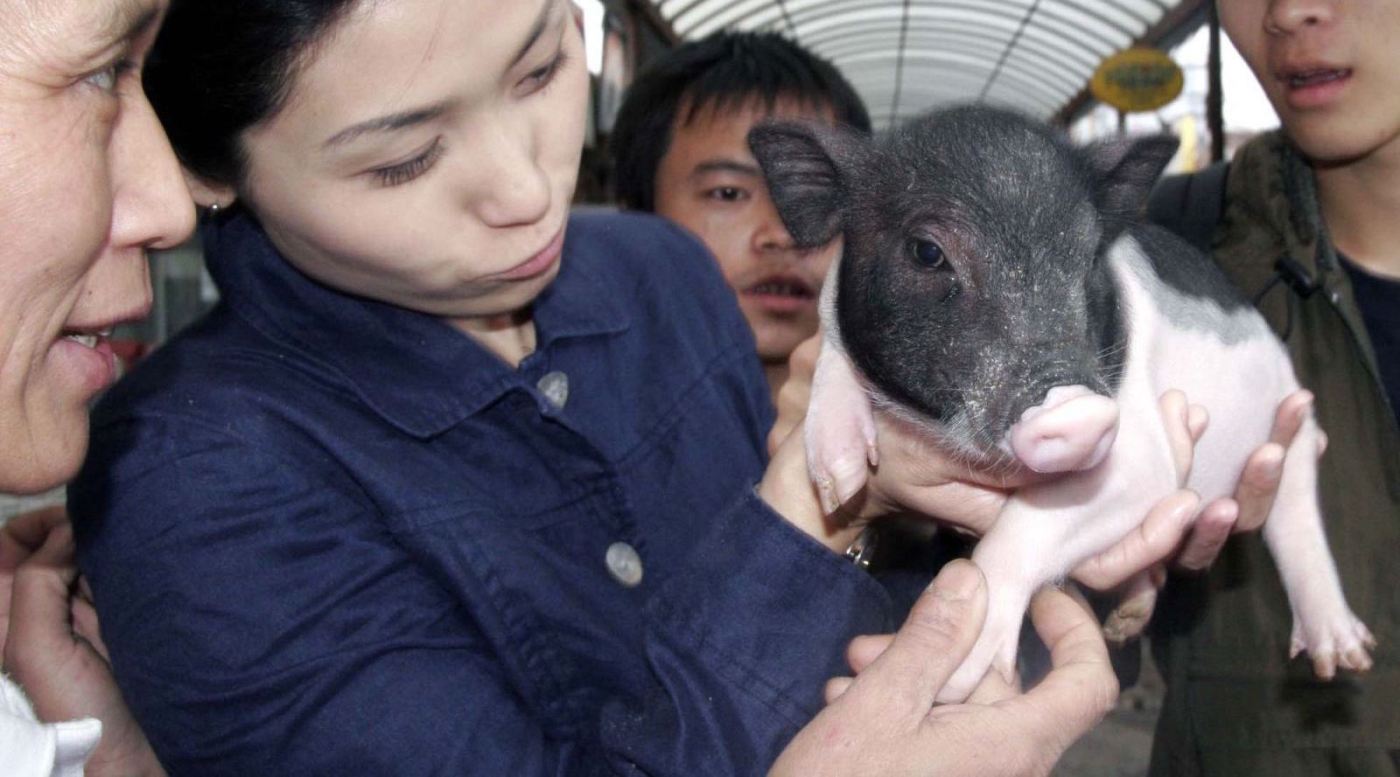 BGI is a Chinese company based in Shenzhen and known for its work sequencing human, plant and animal DNA. Through gene editing, they have created reduce-sized pigs and used them for research purposes. Last September at the Shenzhen International Biotech Leaders Summit they showed up asserting that they would start selling them.

Hogs, both genetically and physiologically, are more similar to humans than mice or rats. They are, therefore, widely used as animal models for studying human diseases. However, due to their size, testing expensive drugs on them or even just keeping them requires a significant amount of money.

Using a quite recent gene-editing technique called TALENs (transcription activator­like effector nucleases), the researchers at BGI created their stunted pigs by editing cells taken from a Bama pig fetus. They used TALENs to disable one of two copies of the growth hormone receptor gene (GHR) in the fetal cells. Through the loss of the receptor expression, cells are unable to receive the growth signal during development. This results in a pig that weighs about 15 kilograms as an adult, whereas Bama pigs weigh 35-50 kilograms on average and common farm pigs normally exceed 100 kg.

By breeding a micro-pig male with a normal female, BGI researchers obtained generations of healthy tiny pigs that have been used in several studies on stem cells and gut microbiota, making the use of swine models much easier.

Yong Li, technical director of BGI’s animal­science platform, said to Nature that they eventually decided to sell micro-pigs as pets, setting the initial price of £1000 in order to “evaluate the market”. And guess what? Soon piggies with different coat colours and patterns will be available thanks to more a advanced gene editing.

As it might be predicted, BGI’s decision raised questions and concerns among scientists from all around the world. Jens Boch, a geneticist at the Martin Luther University of Halle­Wittenberg in Germany who helped develop the TALENs technique, said to Nature that men shouldn’t impact animals’ lives ”light­heartedly”. Dr Penny Hawkins, chief of the RSPCA’s research animals department, firmly pointed out the seriousness of the issue linking it to the problem of pet selective breeding, where, while seeking desired traits, animals with severe physiological problems are obtained.

I think this is a very good point. For ages humans have selectively bred animals and often for aesthetic purposes. Just think about bulldogs. These dogs were created in 19th century and selectively bred since then and, because of that, they suffer from several breathing, reproductive and physiological problems. More recently, an American couple paid £100,000 to Sooam Biotech in South Korea for cloning their beloved Labrador using DNA from its remains. Moreover, a transgenic florescent fish branded GloFish, obtained by inserting jellyfish and sea anemone genes into zebrafish, is currently commercialised.

Therefore, considering the possibilities given by new gene-editing techniques, maybe it was just a matter of time before we had to deal with these issues. If micro-pigs are evaluated as healthy as normal ones, “there would be little scientific reason to block it from being offered as a pet” said Willard Eyestone of Virginia State University.

However, being able to edit the genome in such a precise and effective way is, in my opinion, deeply different from the old and classic selective breeding. Now we know that we have the knowledge and tools that allow us to finely modify potentially anything within the genome code. Even just being aware of this power is something big.

I can’t help but look a little bit further towards the future, and this makes me question the more intricate and elusive aspects. If the market for these gene-edited animals will take hold, how will people see them? Will they be considered in the same way as the natural ones? Since they are produced specifically on our request, as we desire them, will people think about them more as objects? Indeed, will they be considered as actual animals, or as something different that deserves a new category in order to be properly defined?

The quotation in italic placed at the beginning of this post is taken from one of my favourite books, which is “Do Androids Dream of Electric Sheep?” the sci-fi book by Philip K. Dick that inspired Ridley Scott’s masterpiece “Blade Runner”. In this post-nuclear war future, animals are so rare and precious that people spend a lot of money for fake electric ones. These androids perfectly replicate the natural animals, even somehow improving them, with only one problem: they’re not authentic ones. They’re just copies. They’re just something else.

After a hurried breakfast […] he ascended clad for venturing out […] to the covered roof pasture whereon his electric sheep “grazed.” Whereon it, sophisticated piece of hardware that it was, chomped away in simulated contentment, bamboozling the other tenants of the building.
Of course, some of their animals undoubtedly consisted of electronic circuitry fakes, too; he had of course never nosed into the matter, any more than they, his neighbours, had pried into the real workings of his sheep. Nothing could be more impolite. To say, “Is your sheep genuine?” would be a worse breach of manners than to inquire whether a citizen’s teeth, hair, or internal organs would test out authentic.
Philip K. Dick, “Do Androids Dream of Electric Sheep?”, 1968.

3 thoughts on “Do humans dream of gene-edited pigs?”